Christian Reilly popped in to Cirencester in an almost out of the blue manner, if people didn’t know how local promoter Dani Rastelli has been bringing big names to the area for years. Christian is a well known pro who has excelled at using his guitar to aide, and not distract from his comedy! So many times adding a tool to the mix doesn’t help comedians. Christian Reilly has found a way to be musically good at the guitar and yet not do it in a way that loses the audience. It’s refreshing as many people who use an instrument in comedy do it badly. Christian has managed to find himself on the right side of Andy Kaufman in making his music both good, quirky and funny.


The fact this was a free entry show was incredible, and the reason for it was because the set was being polished for an intensive Edinburgh run this August. The audience certainly appreciated getting a sneak peak. You can always tell when an audience is won over, because Christian’s mistakes went down better than some comedian’s best material. Songs referenced included Van Halen and Billy Joel. A country pastiche on Johnny Cash’s “Boy Named Sue” went down particularly well.

If you do happen to be in Edinburgh for the festival, make sure you find Christian! But you don’t have to travel 600 miles to see him. Upcoming dates can be found on https://christreilly.com/gigs/
Luckily for Cirencester, this isn’t the only Edinburgh preview. At the same venue you can see Milo McCabe on the 29th June. To find out more details visit this link.
Posted by KPN at 02:20 No comments: 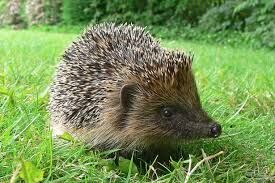 
“He lies like a hedgehog rolled up the wrong way,


Tormenting himself with his prickles.”

I find that as I get older I get more like the character in the television series One Foot in the Grave – Victor Meldrew. My Victor moment last week came when BBC Radio 4’s Today programme did a story on the decline of the hedgehog. Away from electioneering issues for a change, I pricked up my ears, (sorry, unintentional pun), in anticipation of something interesting at last.


The piece was introduced by explaining – in rather generalised round numbers – that populations of hedge pigs had declined by 50% in rural areas and 33% in urban areas. The story was coming from a wildlife rescue centre in Wiltshire, near Salisbury.


Given those ballpark figures by the interviewer, the woman who ran the centre where they were being overwhelmed with hedgehogs, ignored the decline in rural numbers and instead lambasted gardeners for blocking up gaps in fences which restricted the creatures’ ability to move from one property to another.


Victor Meldrew rose to the surface in a flash.


There was no mention of why numbers in the countryside were falling so dramatically. Nor any possible explanation as to why the gap-filling was causing hedgehog numbers to decline either – perhaps she thought frustrated hedgehog couples were prevented from sexual dalliances by being stuck either side of a fence!


Well, let me explain the real reasons which the BBC failed to elicit. Firstly, the massive decline in rural numbers is directly linked to the growth in numbers of badgers. Badger populations have increased dramatically since the 1970s and they are the only predator of hedgehogs being the only creature strong enough and determined enough to get through the prickly-one’s defences. The evidence for badger predation can be seen quite commonly in the countryside when you find the flattened skin of a hedgehog where all the internal organs and muscle have been devoured. It’s not a pretty thought but it is fact.


Those in more urban areas – i.e. our gardens - where badgers tend not to visit, may well be restricted in their movement by walls and fences but that doesn’t account for the decline. Hedgehogs (like badgers) are nocturnal and travel about their territory quite extensively. One of the main killers of hedgehogs are our vehicles on the roads at night, not being driven with ‘due care and attention’. The hedgehog is no match for the wheels of a car or van so please, do take care when driving after dark and don’t assume because there’s little traffic about that you don’t need to drive carefully at all times. Look out for these little creatures and take action to avoid hitting them when you see them.


The other action you can take to help them, (and to encourage them to help you), is to avoid using slug pellets in your garden. Hedgehogs eat slugs which is why we should do all we can to encourage them but if they eat slugs that have eaten slug pellets, they themselves are slowly poisoned. So if you have hedgehogs about, bin the blue pellets and use a beer trap or something similarly less lethal instead and let the hedgehog help you.


Vicor Meldrew has returned to his box….


June is the month of the major agricultural event in our region – the Royal Three Counties Show being held at Malvern from Friday 16th to Sunday 18th June. This is Gloucestershire’s county show and one of the most important rural events in the country. There’s a whole host of interesting and entertaining activities taking place to suit all ages and interests – far too many and diverse to list here – so check out the details at www.royalthreecounties.co.uk and I hope to see you there. If you haven’t visited the show for some time – do come along – you’ll be amazed by how much it has changed and improved.
Posted by KPN at 05:27 No comments:

Living Together: Be Sure of Your Rights


Living Together: Be Sure of Your Rights

Cohabitation is on the increase as, for whatever reason, many couples choose not to marry.
The Present Law:-
Time and time again as legal practitioners, we are unfortunately faced with telling a client that unless they are married, the claims they can bring against a former partner are limited.  Claims are limited further where:
-          There are no children of the relationship (or if they are over 18), therefore eliminating an application under Schedule 1 of the Children Act 1989 for financial provision; or
-          Where property, such as the roof over their head, is not held jointly.
It may be possible to establish a ‘claim in equity’ if it can be said that an ‘implied trust’ has arisen.  This would occur where for example, one partner has contributed towards the purchase of the home, or the upkeep, or has made payments towards the mortgage, thus establishing an interest despite the property not being in their name.  It may also be possible to make a claim under the Inheritance (Provision for Family and Dependants) Act 1975 if it can be shown that the Applicant was a dependant.
It may also be possible to claim ‘Proprietary Estoppel’. To succeed with such a claim, an Applicant has to prove:
-          That one person – normally the property owner – has made a representation, or has given an assurance
-          That the other person has relied upon
-          To their detriment
-          And that it would ‘unconscionable’ to allow that assurance to be ignored or withdrawn.
That could include for example a situation where the property owning partner told the other partner that ‘she would always have a home and be secure in his property’, and as a result of the assurances that other partner gave up her local authority home and invested some modest savings in the property owning partner’s property.
This remains a complicated area of law.  If you are thinking of living together, or thinking of separating and are worried about your rights in the home,  contact either Steven Barrett or Heather Weavill of Alison Fielden & Co, The Gatehouse, Dollar Street, Cirencester (Tel: 01225 653261) for further advice.
Posted by KPN at 05:17 No comments:

Remembering with Virginia Stourton of Rekindle 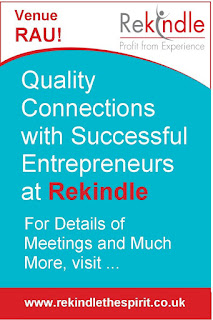 How many of my kind readers remember my Train stories?
Train stories. What train stories? You are forgiven!
The truth is most of us remember selectively and these selections unless they have the portent to change our lives have little real impact.
How many of us can say the names of the newsreaders we so often look at? Yes, we know their faces and we remember the news but when it comes to names your guess is as likely to be as good as mine.
Well my Train still has a story to tell. It has gone beyond chugging and indeed steaming along because it has been electrified!
A massive step forward and one to be proud of but with this advance came some challenges!
My train has been learning some salutary lessons because as it grew so did the arena of competition it entered.
There was even a real possibility of it being side-lined and the thought of ending in a siding made my train blow it’s whistle on a few obvious mistakes as it just was not going to remain up a junction!
Growth is exciting but like keeping a climbing plant in check it must be controlled.
My Train had become so big it was using main lines. However, it soon discovered it was not quite fit to do so.
When this happens, it is precarious to simply carry on. It requires taking a step backwards by thinking the operation through again.
This does not mean coming off the line but such adjustments need to be done prudently with minimum advertising. We all know how folk can chat about other’s problems probably for no better reason than it lightens the burden of their own!
Let’s look at Small is Beautiful In other words go back to basics to remind my Train how it started and how good the idea was.
We have all heard of a baby being referred to as beautiful but I myself have rarely heard that expression applied to teenagers however I have heard it applied to older people referring to their wise maturity.
So, what is it that takes a situation whether a person or a business or my Train into respected maturity?
It is turning mistakes and setbacks into valuable experience and delivering to the best of one’s ability having primarily gauged customers’ needs.
LISTEN and SILENT carry the same letters!
Next time, stay with me, we will see how my Train did it!
Find out more about Rekindle: 07799 066464 / 01285 720833
virginia@rekindlethespirit.co.uk
Posted by KPN at 04:57 No comments: