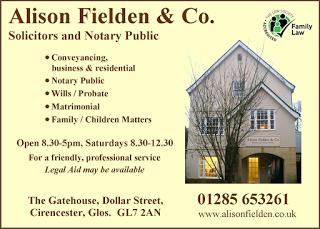 Introduction
We are fortunate in Gloucestershire to live in an attractive part of the country, surrounded by beautiful buildings, but property owners should be aware of the powers that Local Planning Authorities have in relation to historically or aesthetically interesting buildings and locations.

There are three grades of listing:

Grade I relates to those of “exceptional interest” and are relatively rare. Locally these include Cirencester Parish Church, Barnsley Park and Arlington Row Bibury.

Grade II is the largest category, (over 90%) and includes many private homes.

Modifications to Listed Buildings which need Listed Building Consent include any changes outside or inside which will affect the character of the building. This would not normally include repairs, but may do so where repairs involve replacement, depending on what is being replaced and what kind of building it is.

Modifications which are often refused are UPVC windows and conservatories.

As there is no time limit on the Local Planning Authority’s entitlement to enforce (unlike other planning breaches) it is wise to err on the side of caution when considering whether to apply for Listed Building Consent.

Before designating Conservation Areas, Local Planning Authorities are encouraged to but do not have to liaise with the public.

Consequences of designation as a Conservation Area include extra controls over:

· Felling of trees – Notice is required for many trees

Additionally, an Article 4 Direction may be imposed, which means that the Permitted Development rules are entirely withdrawn and Planning Consent always has to be applied for in respect to development which in other areas would not be required.

Building Regulations Compliance
Separately from Planning Consent and Listed Building Consent, Building Regulations Consent must also be applied for where relevant. There are some exemptions such as full compliance with energy efficiency requirements for older properties but in other cases such as extensions the building will need to be fully compliant with modern standards.

Selling
When selling a Listed Building or one within a Conservation Area, expect enquiries from the buyer in relation to Compliance with the extra Planning rules and Building Regulations regime mentioned above. If there has been non-compliance in the past, the expedient of indemnity insurance may not be available as it would be for other breaches of Planning or Building regulations and it will often be necessary to make specific enquiry with the Insurance Company.

Alternatively, please feel free to contact Alison Fielden at Alison Fielden & Co, The Gatehouse, Dollar Street, Cirencester, Gloucestershire, GL7 2AN on 01285 653261 or alison@alisonfielden.co.uk.
Posted by KPN at 06:11 No comments:

Country Matters by the Hodge November 18


“If you would be happy for a week kill a pig;


if you would be happy for a month take a wife;


but if you would be happy all your life, plant a garden.”


I was late on parade this month. I try not to be but occasionally I let our esteemed Editor down and miss the set deadline. Excuses are numerous – well who among us does not have constant pressures on their time? I’m certainly not unique!


But this month I was facing several deadlines, the main one finishing my latest book. Like all the others it is about pigs and an approved draft including illustrations and captions in full layout has to be in America for approval by the end of October. And it’s going to be down to the wire, believe me!


As I said, I’ve written about pigs before, (I try not to overload readers of Cirencester Scene on the subject), but this one was more of a challenge than the others as it is more technical with a lot more science and the research was prodigious. I locked horns with a technical editor based in Australia who kept urging me to use the internet more but much of what appears on that source us unverified and frankly risible in many respects and thus I tended to ignore anything that wasn’t a peer-reviewed scientific paper thereon. The young lady was not impressed but I prevailed.


But now it is nearly complete and my job is done, (unless, of course, our American friends demand revisions), and I will have to wait ten months to get the finished article into my hands. Why so long? After all it only takes nine months to produce a baby!


Well, the reasons are several but one of the main ones is that it is also being translated into German to be published in Germany simultaneously and no, I’m not having to do the translation. My language abilities are few and German defeated me at school with 16 variations of ‘the’ and a habit of parking the verb at the end of the sentence so I’m not the one qualified to do that job. My mischievous side prevailed though and I set the translator a few ‘challenges’ along the way, just to test his or her mettle. For instance, I included an old saying to do with giving young pigs iron in order to avoid anaemia. Nowadays it is by giving liquid iron as an injection or orally but an alternative is to put a turf into the pen which the little pigs will play with and ingest natural iron from the soil. Thus, the saying is: ‘Throw a sod in or throw the sods out.’ Should be interesting…


All being well, I should have no excuses for being late in future although time is rarely something that passes unnoticed. There’s always something to do and not all of it swine-related. But I may perhaps in ten months or so time, be urging you, dear reader, to go for a more unusual Christmas present for Aunt Maud, Cousin Cyril and maybe even closer family members as I’m sure they’d all want a brand new book all about… pigs!
Get some of The Hodges past books here.
Posted by KPN at 05:49 No comments: