Sam and Kelly Keen to Take Over the Golden Farm

NEW LANDLORD KEEN TO TAKE OVER THE GOLDEN FARM


Sam and Kelly are Keeping Music Live at the Vaults
by Carlo Vuolo, photos by John Spreadbury

Popular Cirencester couple, Sam and Kelly Keen, will take over The Golden Farm pub from Andy and Manda Brown on the 1st November.

While Kelly concentrates on their two Cricklade Street businesses, The Old Café and Everlasting Impressions, Sam, who also runs a security company, will become landlord of the pub. The couple are very excited about this new venture although they admit that, whilst it was always a long-term plan, the Browns’ decision back in April to retire from the pub much sooner, took them by surprise. However, after a hectic few months of preparation, the couple are now ready to rise to the new challenge.

Sam and Kelly have some very exciting ideas for The Golden Farm, although to start with they don’t plan any major changes except to have longer opening hours on Sundays giving more opportunity for customers to enjoy Sunday lunch. There will also be food served from Wednesday to Saturday with a keenly priced menu, featuring steaks, curries, basket meals and vegetarian dishes.

Living and working in the heart of the community themselves, and actively supporting many local causes, there can’t be many people in Cirencester that Sam and Kelly don’t know already, and the general consensus is that they’re the perfect people for the job!

A major drive of theirs is to further the theme of ‘Keeping Music Live’ which Andy and Manda so passionately supported when they opened the Hideaway, which was later renamed ‘The Vaults’ beneath Ingleside House over 20 years ago. As Ciren music lovers know, it was reincarnated at the Golden Farm Inn a couple of years ago. It quickly established itself in its new premises with a lot of local support, and even recognition from the business world by scooping ‘The Creatives’ Champion’ trophy at the Cirencester Chamber’s Annual Awards this year!


The Wednesday night ‘Open Mic’ sessions will continue in The Vaults with plans to have live bands performing on Saturdays twice a month. Kelly, who volunteers at the Phoenix Festival and also runs the Phoenix Mini-Festival fund-raiser each year, will be in charge of the events and the bookings. In the not-too-distant future the couple plan to introduce other regular monthly events such as quizzes, bingo, the ever-popular karaoke nights and comedy nights. Ever supportive of local projects, Kelly also plans to let community groups and charities hold raffles at the Farm in aid of good causes. Sam would also like to run two darts teams alongside the very successful skittles teams already based at the pub.

In the longer term, upgrading the children’s play area and erecting a marquee in the extensive garden for parties, including weddings and anniversary celebrations, are also planned. If they can get the necessary licence it may even be possible for couples to have the wedding ceremony itself in The Vaults!

Sam and Kelly’s long term plans include utilising the large upstairs areas, with a conference room for up to twenty people and six bedrooms allowing them to offer bed and breakfast facilities.

After only a few days to settle in and find their feet, the couple will be holding a launch party to celebrate their new venture on Saturday November 10th. Popular local singer Pavo will be performing from 9 pm and a ‘happy hour’ with nibbles, will run from 7 – 9. 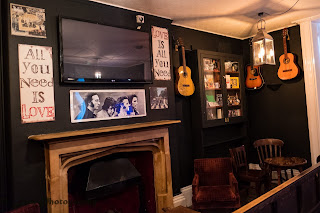 Come down to lend your support and wish Sam and Kelly every success in continuing the great work done by Andy and Manda in keeping this genuine local pub alive and rocking. 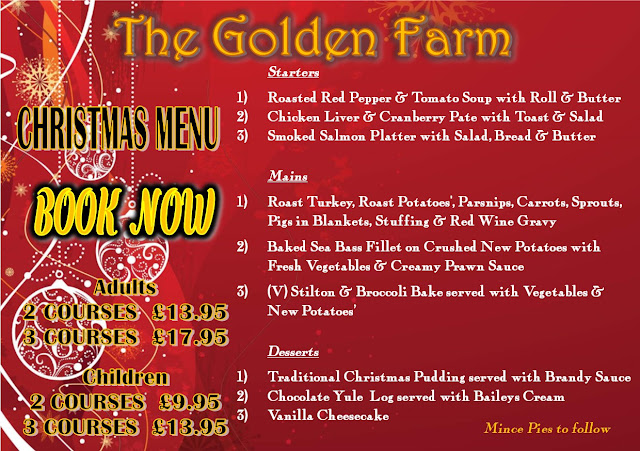