Country Matters by The Hodge: Self-Sufficiency 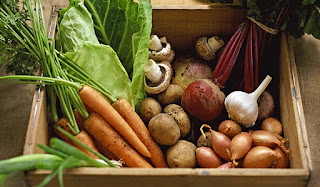 Country Matters
By The Hodge

‘Self-Sufficiency’ is a very emotive term. In 1976 a book of this title by John Seymour spawned a whole new outlook for thousands of people who took to growing their own vegetables, trying to keep pigs and chickens and goats in their gardens and mending anything and everything. You may even remember, (or have recently discovered via endless repeats on minority channels), the BBC television programme The Good Life with Richard Briers, Penelope Keith and others which was created and executed as a direct result of this movement back to pre-war days.

‘Self-sufficiency’ means a lot of different things and I’m not really concerned about anyone who wishes to re-adopt such a lifestyle – I just wish them well. Self-sufficiency also applies to nations. It could apply to energy, or cars or even games consoles in terms of how much or many we produce ourselves and how much or many we then have to import to meet demand. But more importantly, to me at least, is self-sufficiency in terms of food. How much of what we need to sustain ourselves and our individual lifestyles is grown here in the UK and how much comes from overseas. In some commodities such as barley or milk, we produce more than we need and are nett exporters, but in almost everything else we are major importers. This shouldn’t be surprising in terms of, say, fruit, where we could not expect to grow the bananas, oranges, kiwis, grapes, mangoes and avocados that we take for granted all year round in our fruit bowls.

But when it comes to vegetables, grains for making bread, beef, pork, lamb, chicken, eggs and dairy products, how good are we at being ‘self-sufficient’? Let me say straight away that throughout the last 200 years we have never been fully self-sufficient in food production. This was keenly felt during the two World Wars, especially the second one, when German submarines and battleships effectively cut off food imports from the free world and the British people were urged – and forced through rationing – to be frugal with food and to grow as much as possible. But away from wartimes, we have been happy to be nett importers. The situation though is one of decline – 30 years ago we produced 80% of our needs; today just 60%.

As a country in Europe, we are very densely populated. Indeed of all major European countries, the USA and Canada, Australia and New Zealand and most countries in Asia and South America, we have more people per acre of land than anyone else. And with more people, there’s more demand and the conflict of providing housing, infrastructure, and everything needed by people which takes a lot of land that could otherwise be used for growing food. So, when the population is regularly growing through immigration by around 200-300,000 people per annum, and those people are mostly young working age and having more children themselves, then more and more buildings are required and the various bits of infrastructure to support them all. Put another way, that’s the population of Sunderland or Wolverhampton. If you built a town of such proportions from scratch this year and every other year, how many thousands of acres of farmland would you lose and how many tonnes of produce as a consequence? So imports go up and up and our own production either holds steady though improved efficiency or declines through sheer loss of farmable land. The problem of relying on imports apart from almost starving during wartime, is that you become prisoner to circumstances outside your control and have to pay the price demanded.

Now, from this you might think that I’m about to decry the proposed development of farmland at Chesterton. The loss of this land will further weaken our agricultural output and towns and villages throughout the UK but England especially, are facing such challenges every day. But I’m not. We have to be realistic. With such levels of population increase, the immigrants have to live somewhere and Cirencester is as good as anywhere else for them. So, I’m afraid to say, if you support open door immigration, which seemingly almost half the voting population do, then you have to face up to developments such as this as the natural consequence.

What I do decry though is the wanton waste of land that could grow food to support acres of solar panels. Until the roof of every public building, every factory, warehouse, supermarket etc. is fully plastered with these, then not a single square foot of farmland should ever be so despoiled. It’s time we started getting our priorities right.
Posted by KPN at 04:45