Country Matters April 19: Cultural Changes in Farming by The Hodge 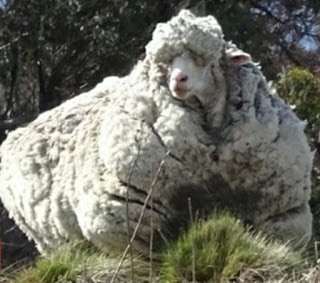 Country Matters
By The Hodge
‘God in His wisdom made the fly,
And then forgot to tell us why.’
Ogden Nash The Fly 1942

As I look back over life in the country, there are a number of things that have changed beyond simple progress. Yes, one could cite the almost total dependence on mobile phones and other computers; the red tape; the accent on speed and efficiency and many more. But these aren’t just specific to the countryside.

In farming, the biggest change has been the de-population of the working community. A modest family farm might have employed 25 people in the 1950s; today it will be run by one man with help from his family and maybe the occasional use of independent contractors for specific tasks. This has led to much more isolation and loneliness for many country people and a rise in mental illness as a consequence. During the 2001 Foot & Mouth Disease disaster, suicides among farmers rose considerably and whilst initially it was thought to be linked to the compulsory slaughter of their livestock, it turned out that many instances were of farmers whose stock hadn’t been culled. It was the prolonged closure of cattle markets and agricultural shows which were often the only social meetings that isolated countrymen had to look forward to.

Another change that isn’t entirely related to the countryside but seems to disproportionately encompass the country way of life, is intolerance. Not so many years ago, if you had a different viewpoint, you still ‘got along’ and accepted that not everyone felt the same way. You’d meet in the pub or the Post Office and still be civil and polite and discuss the weather or the latest gossip.

But today, there seems to be so much more extremist views and direct action. It’s no longer the case for many that becoming vegan is an individual choice of lifestyle. Today, many farmers, butchers and others are harassed by militant vegans protesting about meat and livestock. This is encouraged by organisations like PETA who shout that shearing sheep, for instance, is cruel and that they should be allowed to grow their fleeces unhindered. This is just dangerous. Few farmers make a single pound from the wool off their sheep’s back, prices being what they are, so many I’m sure would love to stop shearing and save all the work and hassle. But modern sheep don’t just reach a stage of having a shaggy coat that stops growing. It continues unabated. A few years ago, a sheep went ‘wild’ in Australia and avoided the shearers for several years and when it was found, it could barely move under the weight of wool.

Even in our temperate climate, sheep quickly overheat if left unshorn. Left in full wool causes other problems too. A long fleece is more easily snagged and caught up in brambles, gorse etc. causing the sheep distress until released by the shepherd. As mentioned a few months ago, sheep seem to live to die and an adult that for any reason finds itself on its back struggles to get upright again. One with a heavy fleece is likely to die quite quickly. Finally, and I suggest that you save this bit until a time when you’re not eating, a heavy fleece gets badly polluted at the back end and this in turn encourages what is known as ‘fly strike’ when blow flies are attracted to the resultant clinkers and lay their eggs in the mess. The eggs hatch and the maggots emerge and live off the flesh of the sheep – literally eating it alive. So, removing a sheep’s fleece is not cruel – it is a necessary management process to ensure the animal’s welfare.

And it’s not just militant vegans. The countryside is subject to vehement and sometimes violent protest by the anti-hunting campaigners who seem to get away with the sort of behaviour that would not be tolerated for a moment on the streets of one of our cities. The badger cull too is beset by rampant campaigners determined to disrupt the implementation of government policy aimed at eliminating the compulsory slaughter of thousands of cattle every year,

All of these are examples of extremist views and actions that did not exist in the countryside just a few years ago. They are aimed at legal activities and people just struggling to make a living on an everyday basis.

I find it very sad.