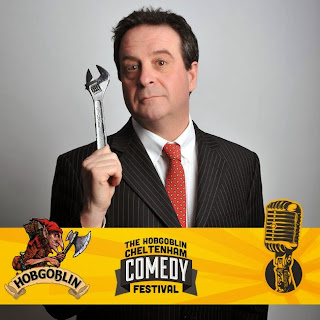 Evan Burgess got down to see some campaigning comedy from the dynamic Mark Thomas...
The first time I saw Mark Thomas, he was performing at the Wyvern Theatre in Swindon and a large amount of the material was about Balfour Beatty and the Kurdish situation in Turkey. Impassioned and powerful then, not much has changed apart from the material he has been drawn to on this tour. You can tell there is a great excitement and urgency in his interest in the topics that he covers.

The stories told are captivating. You can really sense the personality coursing through as the tales of being arrested, hounding politicians and businesses he deems culpable of bad behaviour are explained with a stock of one liners that show his talent as a stand up aside from his campaigning.

Of course a lot of what he says comes down to his feelings, but most of his feelings are based on well researched documents and evidence.

With a political nature, you might think any heckling would come from a person of a different political belief. Of course, you can’t pigeonhole Mark’s political views in the normal political matrix, but he will bump most people’s sensibilities. In fact, the first and only heckle of the night was at a slight tangent to the topic of arms dealing. “Razor wire!” shouted out a lady as he stated what type of things arms dealers might sell. It didn’t take long for Mark to batter the jovial enthusiast to silence, but she did put up a fight. Unfortunately for her Mark has obviously had a lot more practice.

The show ran over and no one seemed fussed. On sale was the interesting book “The Peoples Manifesto” and stickers available mimicking the types you’d find in Waterstones or a supermarket, but let’s say, a slightly different message than would officially be accepted. No doubt book heckling has all of a sudden caught on in Cheltenham, with among other sections, moving Tony Blair’s biography to the true crime section!
Posted by KPN at 03:49